The piano is an inviting instrument with endless musical avenues to explore. One of these avenues is learning chord progressions that are commonly used in popular songs. But one chord progression, in particular, is so popular that it serves as the backbone of countless hit songs that we all know and love. This is the 1 4 5 chord progression. This progression’s simple playability makes it the ideal starting point for beginners learning chords and transitioning between them. And because it is commonly found in so many hit songs,  practicing the 1 4 5 progression can be really fun and rewarding as well! Learning how to play this progression will not only bolster both your music IQ, but it will simultaneously expand your song repertoire.

The 1 4 5 chord progression consists of three chords. Each of these chords are played in succession, beginning with the 1, followed by the 4 and the 5 chords. The 1 is the chord of the root note, and the harmonic center of the key which the song is being played. The 4 is the chord of the fourth scale degree. The 5 is the chord of the fifth scale degree. These three chords in succession create one of the most common chord progressions. This progression is commonly used in pop and rock. Additionally, it is utilized in jazz, soul, R&B classical. It is also the foundation of the blues. The diagram below displays this progression in the key of C Major. The 1 is a C major triad (C, E, G). The 4 is an F major triad (F, A, C). The 5 is a G major triad (G, B, D).

Fortunately, there is not much music ability or knowledge required to play this progression. What is required is a basic knowledge of the notes that make up the chords, the ability to navigate the keyboard to play chords correctly, and rhythm that fits what your song of choice is trying to convey. With this knowledge, the progression can be executed effectively in any key. For example, if the tune is in the key of G major, the 1 4 5 progression will be three triads of the 1, 4 and 5: G major (G, B, D), C major (C, E, G), and D major (D, F#, A).

The below video will break down the 1, 4, 5 in the key of G major. This key is very commonly used when songs are built around this chord structure. It is a basic chord progression that remains fun and satisfying for all ears.

Lucy in the Sky With Diamonds by The Beatles

Lucy in the Sky with Diamonds by The Beatles uses this progression. After the psychedelic and harmonically dense verse, the drums hit four quarter notes. The song drops into the iconic chorus, where Lennon and McCartney sing “Lucy in the sky with diamonds.” This classic melody is sung over a 1 4 5 progression in G Major. It begins with a G major chord on the downbeat. They sing the melody, “Lucy in the” over the 1. On the word “sky” the harmony moves, and the 4 is played (C major). On “diamonds,” the progression shifts to D major (5 chord). The use of this progression underneath the fantastical melody makes for a lasting effect of a timeless classic.

Legendary folk rock singer and songwriter Bob Dylan utilizes the same 1, 4, 5 in his classic track Like a Rolling Stone on the chorus of the tune. As he sings “How does it feel,” the tune drops in on the 1, which is a G major chord, for 2 beats. This classic melody is followed by the 4 chord (C major) for two beats, and the 5 chord (D major) for a full measure. Then it repeats. The melody picks up on the last two beats of the 5 chord, making the downbeat on the 1 chord ever satisfying. This simple chord progression once again has a lasting effect.

The 1 4 5 chord progression is a progression that can be utilized in any key. It has been used both in major and minor keys. Once the progression is learned harmonically, it can be easily recognized and applied in one’s playing. It is a quick and easy way to sound adept, while simultaneously fulfilling musical needs. Challenge yourself by learning more songs that use the 1 4 5 progression, as well as other different progressions and melodies by downloading sheet music, watching YouTube videos, or using a piano learning app like Playground Sessions. Have fun learning, playing, and expressing!

Join the 64,000 people who are learning with Playground Sessions.

Join the 64,000 people who are learning piano with Playground Sessions. 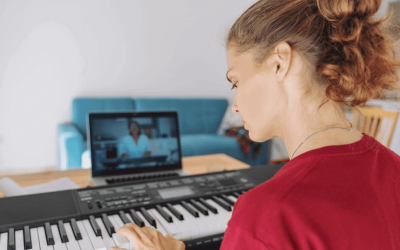 How to Teach Yourself Piano

Thanks to advancements with the internet and the devices used to connect... 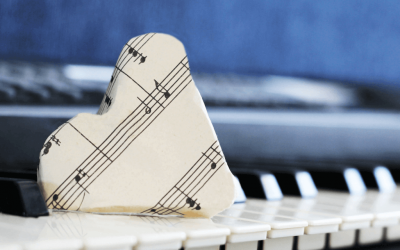 If you’ve ever wondered about playing the piano, now is a great time to... 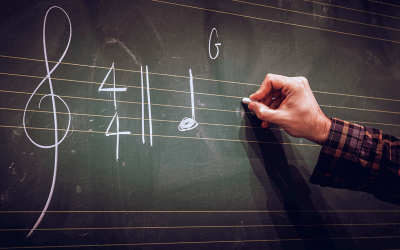 When you first start learning the...