How To Play the Chorus to “I Don’t Wanna Live Forever” by Zayn & Taylor Swift: YouTube Tutorial

Accompanying Blog Post For Video: “How to play ‘I DON’T WANNA LIVE FOREVER by Zayn & Taylor Swift on the piano”

There’s something about a ballad with a beat, am I right? Think about “That’s What I Like” by Bruno Mars, or “I’ll Show You” by Justin Bieber… Something about the slow tempo but fast hi hats, and the very melodic vocals over a beat that is usually reserved for more of a hip hop delivery. I just love that juxtaposition! So when “I Don’t Wanna Live Forever” came out, I knew I had to teach our arrangement of it to you guys. Here are a few specific musical reasons why:

This song employs a very common and classic chord progression, so once you learn it here, you’ll recognize it when you see it in a new song, and you’ll really have it down if you just want to jam by yourself or with friends. This progression fits in many styles and tempos, and sounds good in most settings!

The ‘4-1-5-6’ progression (in the key of C for this particular song) is F major, C major, G major, and A minor. We see two of these chords as inversions in this particular arrangement (C/E which is a C chord in 1st inversion; Am/E which is an A minor chord in 2nd inversion), but inverting the chords does not change their quality or number.

I think one of the things that makes this progression so beautiful is its occupation of both major and minor worlds. The first 3 chords are major, then we end it on a minor chord before repeating it again. The major front-loading in this progression builds us up emotionally, but finishing with a minor chord leaves us with a sense of longing. Also, the ‘1 chord’ is usually used as a start or end to a progression to give the sense of starting or arriving, but here we see it buried in the middle of the progression. This skews our sense of tonality a bit and makes things much more interesting!

It could be said that many of the more recent pop/EDM songs have melodies that are lacking in some way, narrow in range, or generally too repetitive. This song however is the best of both worlds as it lives in the pop/EDM space but doesn’t cut any corners on its melody. We start the chorus melody by outlining an ascending pentatonic scale, then immediately coming back down through a C major triad arpeggio. We start to head back up again but instead of outlining the C chord we hammer away at a ‘B’ note in support of the G major chord. Then that phrase repeats and we head into the post-chorus (which we do not cover in the YouTube video, but also has a very beautiful melody!).

If you love using your favorite songs to learn the piano, come check out ‘I DON’T WANNA LIVE FOREVER’ at the Playground Sessions YouTube channel. If you like what you see you can download the app to learn the rest with our interactive sheet music. 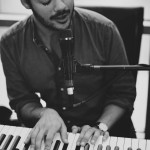