Alive Inside: A Documentary Of The Effects Of Music

We’ve recently had the honor of watching the 2014 Sundance Film Festival Audience Award winner, “Alive Inside.” This is a very touching documentary that captures the deeply rooted connection that people have to music, and how music can be (and has been) used to “jump start” people who have suffered from illnesses, like dementia, back to life.

We strongly recommend watching this film. Here’s a look at the film’s trailer: 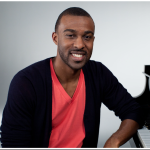